SUMMARY:
Early in 2011, a geneticist attempting to recover Starchild Skull DNA identified several fragments that matched with human mitochondrial DNA (mtDNA). Comparing those fragments with matching fragments from human mtDNA produced an astonishing result. In every comparison, the Starchild presented many more nucleotide differences than are normally found among humans. In one comparison detailed in this report, the compared segments of human mtDNA came from one of its most highly conserved regions. Across 160 ± nucleotides in this segment, only 1 single variation is found among the 33 human haplogroups. In contrast, the same length of Starchild mtDNA has 17 differences! Of those 17, a significant number should be confirmed by multiple repetitions of the test. If several are confirmed (which is highly likely), would it be enough to consider establishing a new Earthly species? It would certainly throw open the door to serious consideration.

1. Introduction To The Starchild Skull

2. What You Need To Know About DNA

3. What You Need To Know About DNA Testing 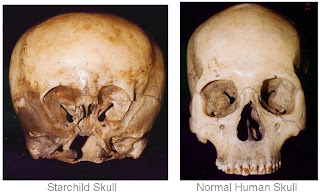 By 2003, the Starchild Project had completed enough research to strongly suspect the Starchild Skull was something never seen before by science. At minimum, it presented a level of deformity and function previously thought impossible, and perhaps something much more significant: a new type of human-like being living on Earth 900 years ago.

The collective conclusions were that the combination of skull features were unique and could not be explained by any known deformity or combination of deformities, mutation, cultural practices, genetic disorders, or illness. If a human were born today with physical abnormalities like the Starchild, it could not survive. Yet something about the essential nature of this being permitted it to do what would be impossible for a normal human.

Realizing the ultimate answer could come only from genetic testing, in 2003 the Starchild Project commissioned a DNA analysis of the Starchild Skull’s bone by Trace Genetics of Davis, California. (Trace Genetics was acquired by DNA Print Genomics in 2005.) Its owners and principal geneticists were Dr. Ripan Malhi and Dr. Jason Eshleman, specialists in the recovery of ancient DNA, meaning DNA from samples more than 50 years old. Dr. Malhi and Dr. Eshleman had previously worked on the high profile 5,000 to 9,000 + year old Kennewick Man skeleton found in Washington State in 1996.

Drs. Malhi and Eshleman took samples of the Starchild bone, along with control samples from a human skull reportedly found lying beside the Starchild’s buried skeleton. Carbon 14 dating of the two skulls confirmed they died at or near the same time, and later analysis of staining on both skulls, and the inorganic chemistry of their bone, supported the C-14 result that both were exposed to similar conditions after death. That made the human an ideal control to compare contamination and degradation of its DNA against the Starchild’s.

Mitochondrial DNA (mtDNA) comprises the genomes of all mitochondria, which are subcellular (within a cell) elements located in the cytoplasm of eukaryotic cells (those with a nucleus). Mitochondria are responsible for energy production in cells. They are inherited through female eggs; thus, mtDNA is inherited only from mothers, grandmothers, great-grandmothers, etc., for countless generations to a species’ point of genetic origin.

Nuclear DNA (nuDNA) is the combination of genetic material from both parents, and comprises the human genome. NuDNA gives humans their unique individual attributes.

All DNA is created from only four building blocks called nucleosides, which are bound together the way train cars are coupled, with the help of a binder made of phosphoric acid. These four nucleosides are adenosine, guanosine, thymidine and cytidine, abbreviated as A, G, T, and C. Nucleosides with the attached phosphate couplers are called nucleotides. 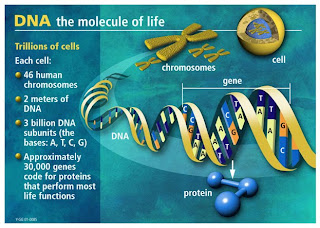 The four resulting nucleotides link together in DNA to form chains that are different in their order and length for each gene. Whether short or long, when linked together these nucleotide chains comprise the 30,000 genes that are organized into the 46 chromosomes (23 from each parent) within the nucleus of almost every cell in the human body. Each chromosome is basically an enormously long, uninterrupted chain of the four nucleotides connected in a specific order that is unique to the chromosome’s host and species.

Regardless of length, each chain of nucleotides is complexed with (connected to) another DNA chain that faithfully reproduces the connection order of nucleotides in the first chain, but in a mirrored manner. Each nucleotide in one chain is always connected to a specific nucleotide in the opposite chain to create what is known as a base pair. Base pairs always occur as T-A (or A-T) and G-C (or C-G). Those 46 chromosomes taken together contain over 3 billion base pairs, which in total comprises the human genome.

What You Need To Know About DNA Testing:
In 2003, Trace Genetics began their sequencing analyses of the DNA recovered from both skulls. The methodology they utilized was based on PCR (Polymerase Chain Reaction), a powerful amplification technique that enabled analysis of tiny amounts of DNA too small to be detected by other methods. The principal drawback of using the PCR technique was its dependence on employing correctly designed primers for its amplification.

To design primers correctly, the target DNA sequence had to be known from the start, or at least the relatedness of known DNA to unknown DNA had to be understood, such as that between chimp DNA and human DNA (97% related). This made using PCR for unknown DNA sequences (those not catalogued) extremely problematic, if not impossible.

Primers are designed strings of nucleotides similar to those in DNA, but much shorter, often only 25 to 30 nucleotides long. Unlike DNA, which is double-stranded, primers are single-stranded. When added to a sample of DNA being tested, a primer is designed to find its complimentary strand and bind to it at a specific locus (point of contact).

To create primers that accurately reproduce the sequence of nucleotides (their order of connection) at a specific locus requires knowing the exact sequence at the target locus. Imagine a human-specific primer is the string of nucleotides shown in grey (below left). When such a primer is added to a DNA sample, it will seek to connect with its other half (shown in blue) in the mirrored fashion mentioned above. 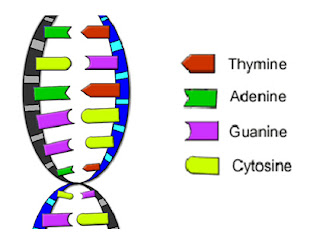 Promote Your Page Too

We are the Human Angels and Lightwokers

Thank you for joining my page. I welcome all indigo, crystal, rainbow, star children. We are here to change the work with your light and new wisdom.